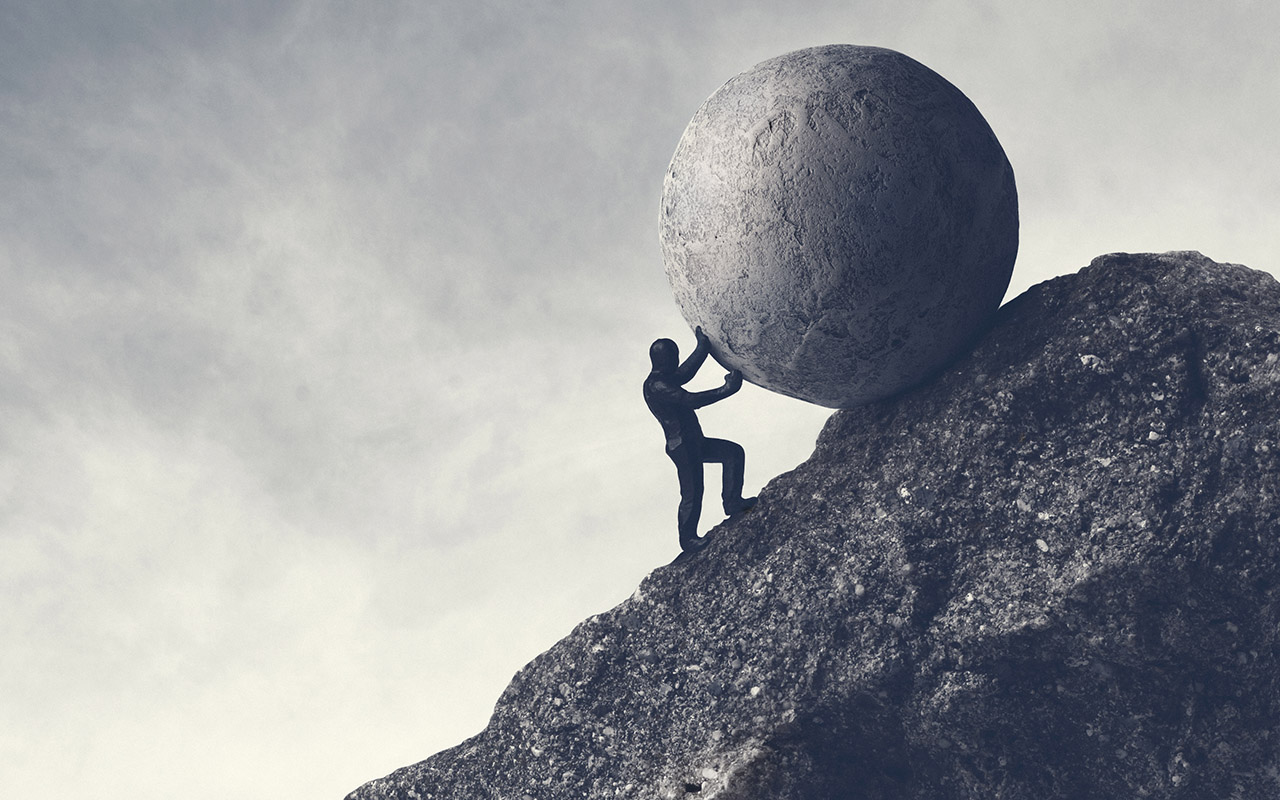 The Sisyphean Struggle for Secure Employment

The month of October is designated as National Disability Employment Awareness Month (NDEAM) to educate the public about the issues faced by people with disabilities in pursuing, obtaining, and keeping employment. In this month, Nelson Mullins is proud to celebrate and tell stories about the many and varied contributions of America’s workers with disabilities.

In Greek mythology, a heroic figure named Sisyphus was condemned to repeat for eternity the same meaningless task of rolling a boulder up a mountain, only to see it roll down again. This myth has always resonated with me because, until very recently, it mirrored my own seemingly never-ending struggle as a person with a visible disability to obtain secure employment.

I am 37 years old. I have a Ph.D. and a J.D., graduating in the top 10% of my law school class at Ohio State. I also just completed a clerkship on the Fourth Circuit. And yet, until last December when I was offered a position as an associate at Nelson Mullins, I had never been offered a full-time, long-term position of any kind. I recite these accomplishments not to brag or dazzle the reader but to perform the kind of credentialing that has been constantly demanded of me in my search for employment, and that was still never enough until now. This is because I am blind and thus all too frequently presumed incompetent.

During my 2L year, I received an offer to work as a summer associate at the Columbus office of a large international law firm. Based on my previous struggles to find employment, as discussed at greater length here, I knew that I would have to work twice as hard to ensure that my prospective employer would believe that I could add value to their practice and thrive in the fast-paced world of high-stakes litigation. But when I began my summer associate position, I quickly learned that working twice as hard would only be half the battle.

This firm, like many others, had a document management system to help keep track of its extensive caseload. And, like much proprietary or enterprise software, their document system was largely inaccessible to me because it had not been designed to allow a screen reader to interact properly with it. The firm’s technical staff reached out to the vendor and tried, for about half a day, to develop a patch that would allow my screen reader to work with the system. When this effort failed, they informed me that they had been instructed to wait to take further action until the firm decided whether to hire me as a full-time associate. In other words, the firm wouldn’t spend another dime to fix a serious accessibility barrier until it determined whether to extend me, a highly qualified law student who happened to be disabled, an offer of full-time employment. And in the meantime, I would have to prove myself with one hand tied behind my back, so to speak.

Even so, I received high praise during my mid-summer review. Notwithstanding the accessibility barriers, I had completed more assignments than any of the other summer associates, and all the feedback about the quality of my work was positive. I thus thought that I was well on my way to receiving an offer of full-time, long-term employment and that the firm would have plenty of time to address their inaccessible document system before my first day as a real associate.

I learned just how wrong I was during my exit interview during the last day of my summer position. For the first time, my seriousness as an aspiring lawyer was called into question. I was grilled about whether I even wanted to work at a large firm in light of my Ph.D. and my supposed desire to specialize in constitutional law, a desire that I was neither aware of nor had expressed to anyone at the firm. I was even accused of focusing too much on having a good time for asking, during a summer associate event, whether the bar was still open, something that I, as a blind person, could only know if someone told me.

Of course, the partner interviewing me never brought up blindness or the expense of fixing an inaccessible document management system. But one does not need a Ph.D. to recognize the alternative facts and sudden questions about my background for what they were: the thinnest of pretexts for disability discrimination and the most transparent of excuses for not spending money to remedy a problem that should never have existed to begin with. Indeed, according to the same partner who conducted my exit interview, the firm would advise its clients facing potential litigation over their inaccessible websites to fix the problem if and only if it was cheap to do so and otherwise to wait to be sued. Apparently, the firm took a similar approach toward its own internal accessibility barriers.

Because I was not offered a full-time position by a well-respected firm in the Columbus market, I was in the unenviable position of seeking employment during my 3L year with the double stigma of blindness and a no-offer. I applied widely and got a handful of first and second interviews. But somehow, I was never quite good enough to receive an offer of full-time employment, even while my colleagues with much lower grades had no problem obtaining multiple offers.

As my options in Ohio dwindled, I applied for a one to two year fellowship set aside for law students with disabilities at a prestigious but small firm specializing in disability law and civil rights in Baltimore. Since I had already been questioned about my ability to thrive in a large law firm, I was concerned about being pigeon-holed as a blind attorney who could only handle ADA litigation. I also wanted to earn every job based on merit rather than having disability be a factor, either positive or negative, in the evaluation of my credentials. But when I received an offer from that firm, I knew that I had no real choice but to accept because no other offers seemed to be forthcoming.

Once I was offered the Fourth Circuit clerkship, I knew that I made the right decision. Finally, for the first time in my life, all thanks to an enlightened federal judge who chose to let my resume speak for itself, I had a realistic shot at long-term, fulfilling employment in the legal field. But I also knew that I was guaranteed nothing; shiny credentials had gotten me nowhere before, so why would this time be different?

This time was different, however, for one reason and one reason only. The team leader at Nelson Mullins who offered me a chance to join his busy practice and this dynamic and growing firm didn’t see my disability as a liability. Indeed, he and my other colleagues made it clear, even during the hiring process, that they not only valued my skills and prior experience but recognized that accomplishing what I had while overcoming the various barriers placed in my path demonstrated that I had the requisite work ethic and persistence to thrive as a lawyer. It is hard to overstate how grateful I am for the opportunity, at long last, to have a legitimate chance to soar as high as my talents will take me. 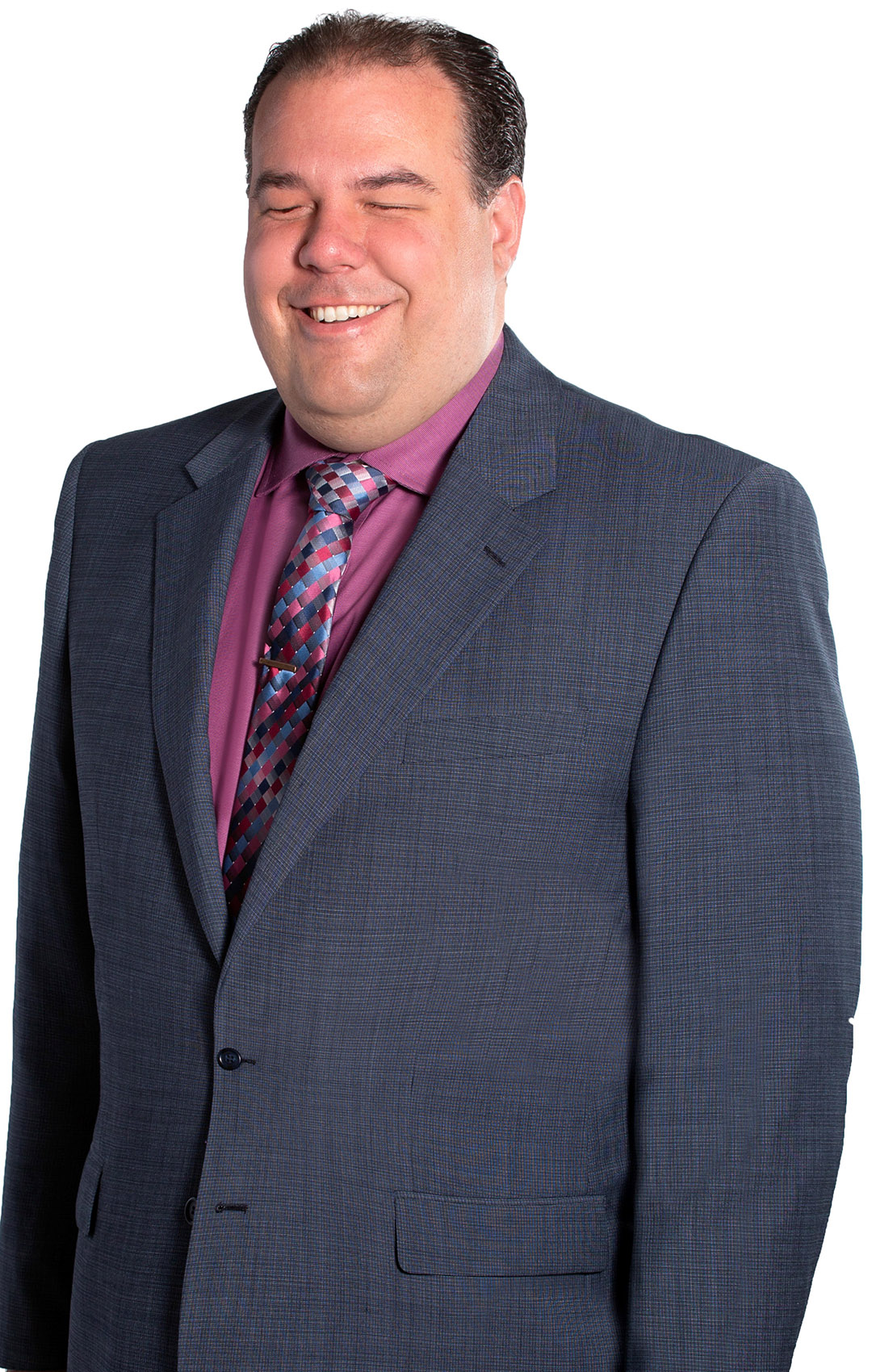