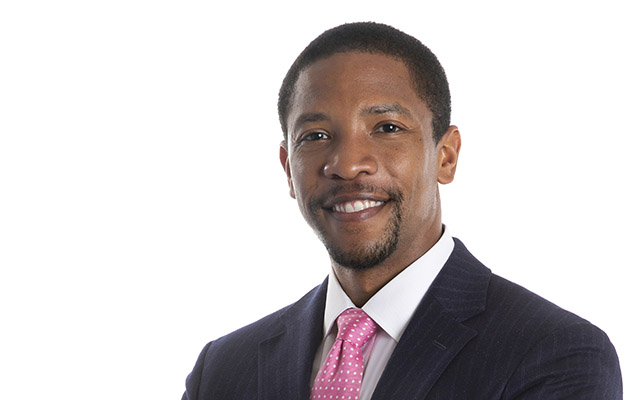 Just over a month after first convening on January 13, 2020, the General Assembly took its first major action today as the House signed off on its version of the Amended FY20 Budget. The House-approved budget, which now proceeds to the Senate for consideration, contains a number of notable departures from Governor Kemp’s proposal in the form of funding restorations and redirections. Key details on the House’s AFY20 spending measure, as well as today’s committee action and new legislation, in this issue of the #GoldDomeReport.

Taking up its first major bill of 2020, the House today voted 126-46 to adopt its version of the Amended FY20 Budget. Contained within HB 792, the spending proposal includes a number of notable departures from Governor Kemp’s proposal, including the following:

First, Rep. Matthew Gambill (R-Cartersville) presented HB 893 which he described as a cleanup bill for the collection of fraud fees. The bill would codify the practice of collecting the fees quarterly instead of yearly. The Department collects quarterly by rule but this bill will add it to code. The committee recommended the bill DO PASS.

Next, Rep. Rick Williams (R-Milledgeville) presented HB 842. The bill is named after Gracie Noble, a constituent of Rep. Williams. The bill’s intent is to ensure a person with a mental or physical disability is not discriminated against in organ transplant proceedings. The national ADA covers this issue but the bill will add the specific rule to state law. Rep. Park Cannon (D-Atlanta) asked if there have been any conversations revolving around organ transplants for individuals living with HIV. Rep. Williams explained that this bill originated from an individual with down syndrome. He also stressed that the bill would not apply to individuals with alcoholism. Rep. Carolyn Hugely (D-Columbus) asked if there have been violations of this law in other states where it has been implemented. Rep. Williams explained he was unaware of any specific cases.

David Tatum from Children’s Healthcare of Atlanta spoke in favor of the bill. He explained that CHOA performs the highest number of pediatric organ transplants in the state and there is no medical evidence suggesting individuals with disabilities benefit any less from an organ transplant.

The committee approved an amendment changing a reference to district courts to read “superior courts.” The bill then received a recommendation DO PASS.

Rep. Noel Williams (R-Cordele) presented HB 583. He explained that the bill would help further protect consumers from travel insurance products. The bill would establish uniform terms and facilitate new sales practices. Specifically, the bill would prevent opt-out sales and require that the insurance sales are filed with the Department of Insurance. Rep. Cannon asked for clarification regarding organizations delineated in the bill, specifically how churches are affected. Rep. Williams explained that this allows for church groups going on trips to purchase insurance. The committee recommended the bill DO PASS and the committee adjourned.

First, Sen. Brandon Beach (R-Alphretta) presented SB 340 which would create annualize the designation of September 1st of each year as Childhood Cancer Awareness Day. The bill received a recommendation DO PASS.

Sen. Randy Robertson (R-Cataula) presented SB 272. This bill would prohibit the sale of drugs containing dextromethorphan to minors. Sen. Robertson explained that this drug is often abused by minors and can be found in many common over-the-counter drugs. The bill received a recommendation DO PASS with Sen. Greg Dolezal (R-Cumming) voting no.

Lastly, the committee heard from Sen. Chuck Hufstetler about SB 359, his version of the Surprise Billing Consumer Protection Act. Sen. Hufstetler explained that there are a few updates from the previous hearing including changing “counties” to “zip codes” at the behest of the Medical Association of Georgia. The new substitute also included language to ensure that consumers shall not receive balance bills and expands coverage to facilities as well as providers. Sen. Hufstetler noted that overall, the bill will protect consumers and allow for a fair process for providers and insurers to negotiate any billing issues. Sen. Hufstetler also explained that a wide coalition from both sides of the issue supports the bill. The bill received a recommendation DO PASS.

Before adjourning, Chairman Watson indicated that he feels passing a bill to address balanced billing will be a crucial aspect of this year’s session.

The Senate Public Safety Committee, chaired by Sen. John Albers (R-Alpharetta), met today to hold a hearing on Sen. Randy Robertson (R-Cataula)’s SB 226. This bill would require that all occupants of a motor vehicle wear a seatbelt. Sen. Robertson indicated that he needed some additional time to work with others on amendments to the legislation. Chairman Albers noted that the committee will hold another hearing on the bill on Monday.

The Senate Education and Youth Committee, chaired by Sen. P.K. Martin (R-Lawrenceville), met today to consider SB 343, Sen. Lester Jackson’s (D-Savannah) bill that would raise the age of mandatory education from 16 to 17. Most members of the committee indicated that they philosophically agree that more education is a positive but that there can be some instances of children losing interest early in their education career. Opponents of the measure cited studies which indicate raising the age could result in more than $10 million in additional costs to school systems. Chairman Martin subsequently asked for a fiscal note for the bill. Sen. Jackson explained that these costs are lower than the resulting costs of students dropping out of school. The bill was held for a hearing only and no action was taken.

The Senate Retirement Committee, chaired by Sen. Ellis Black (R-Valdosta), heard testimony today on SB 294, which will allow TRS to make alternative investments with up to 5% of the value of the fund. Teacher group advocates spoke against the bill stating that TRS already has a robust return on its investments and does not need to enter into the market through alternative investments which often come attached with higher fees. Opponents also pointed out that a bill that passed the House Retirement Committee yesterday (HB 830) would raise the cap on alternative investments by public retirement funds to 10% which would subsequently apply to TRS if SB 294 passes. Chairman Black indicated that he does not expect the House legislation to pass the Senate.  The bill received a recommendation DO PASS and the committee subsequently adjourned.

The following legislation of interest was introduced in the House today:

The following legislation of interest was introduced in the Senate today:

The House is expected to consider the following measures on Thursday for Legislative Day 15:

The House is expected to consider the following measures on Thursday for Legislative Day 15: